Guide to Corporate Sector Accounting and Auditing in the Acquis Communautaire 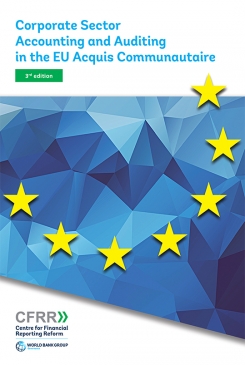 This Guide outlines the European Union (EU) legislative framework governing corporate sector accounting and auditing. It is primarily intended for policymakers, regulators, and other stakeholders in countries in Member States, enlargement countries, countries within the "European Neighbourhood" and others interested in understanding the EU regulatory model. This third edition of the Guide, published in May 2015, gives an overview of the relevant provisions of the acquis communautaire, including significant recent changes in EU corporate financial reporting following adoption of a new Accounting Directive in June 2013 and the adoption in April 2014 of a Directive amending the 2006 Audit Directive and a new Audit Regulation addressing oversight of the most significant audits.