Under the framework of the “Enhancing the Quality of Financial Reporting” (EQFinRep) project, Deloitte Albania presented the findings of two surveys regarding the users and preparers of financial reports in the country.

These findings were presented in an event that took place at the Rogner Hotel on Wednesday, the 26th of September. Representatives from the Ministry of Finance and Economy, international institutions such as the World Bank, SECO, Bank of Albania, as well as business representatives and accounting experts participated in the event.

As part of the continuous efforts for enhanced accounting standards, this event helped to define the challenges that accountants and enterprises in Albania face daily.

The accounting standards in the country align well with the business environment and the size of a company’s assets. However, there is still need for improvement in the implementation phase of these standards.

The Deputy Minister of Finance and Economy, Mr. Elton Haxhi, stated that the reform in financial reporting is a precondition to a steady improvement of the country’s economy and it will encourage a competitive business environment. 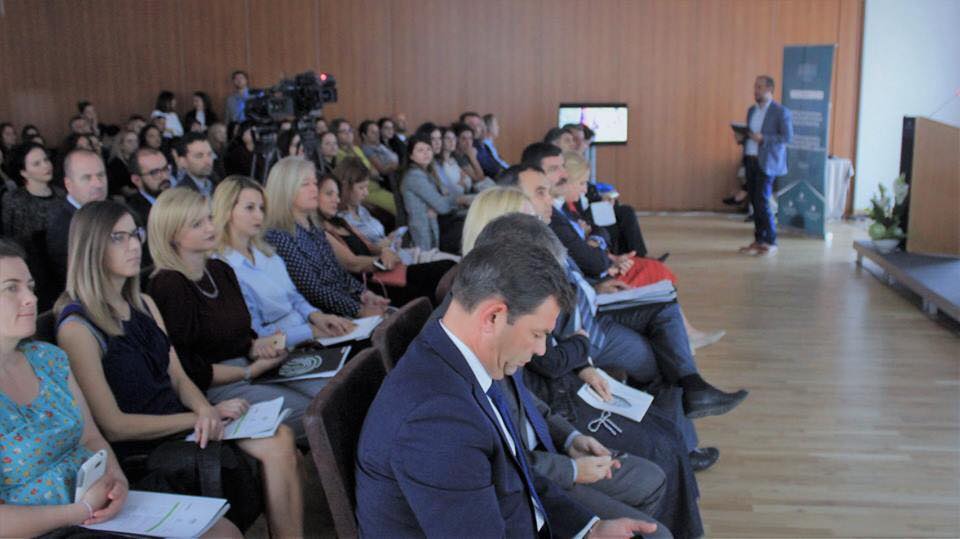 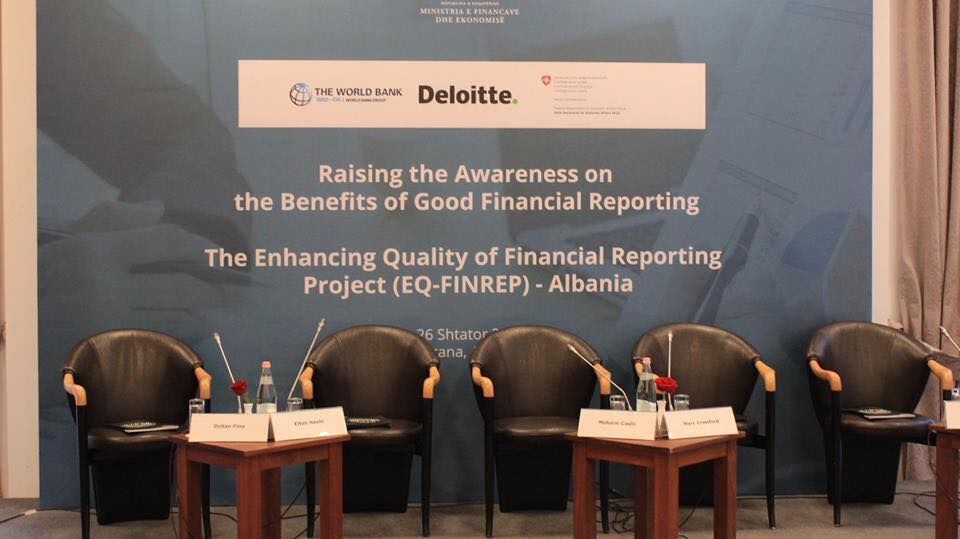 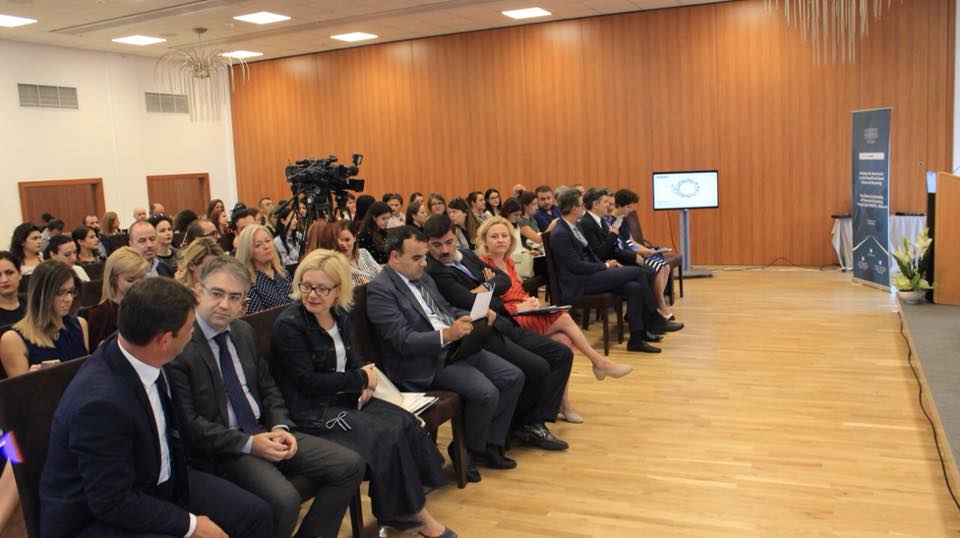 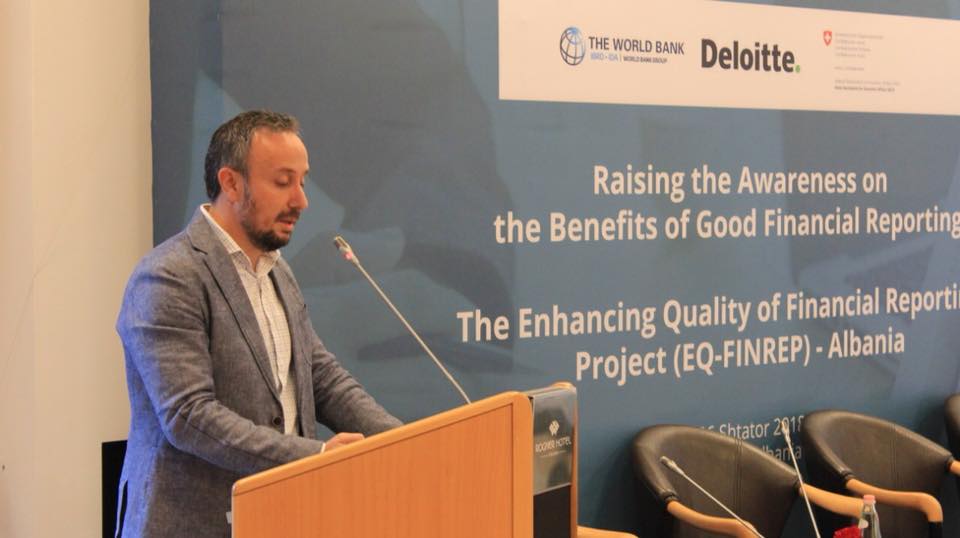 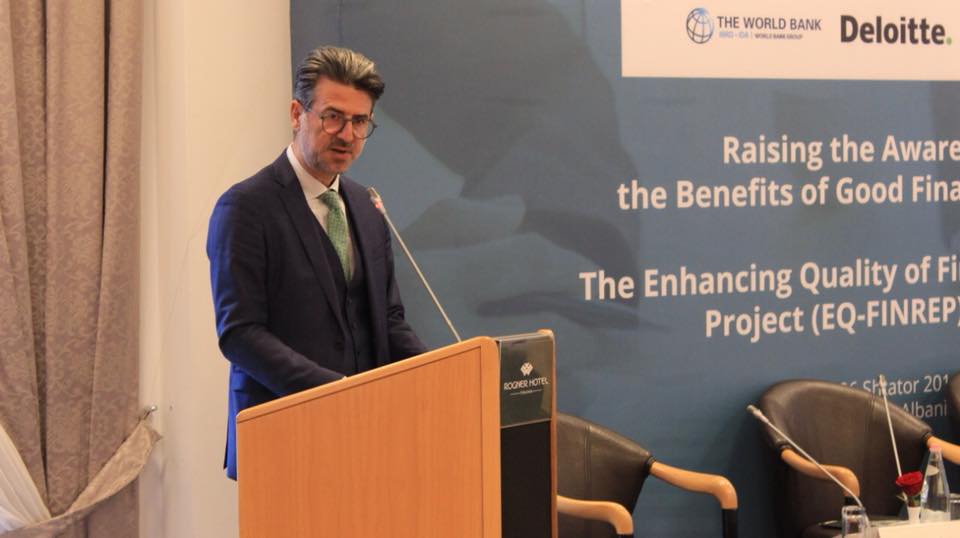 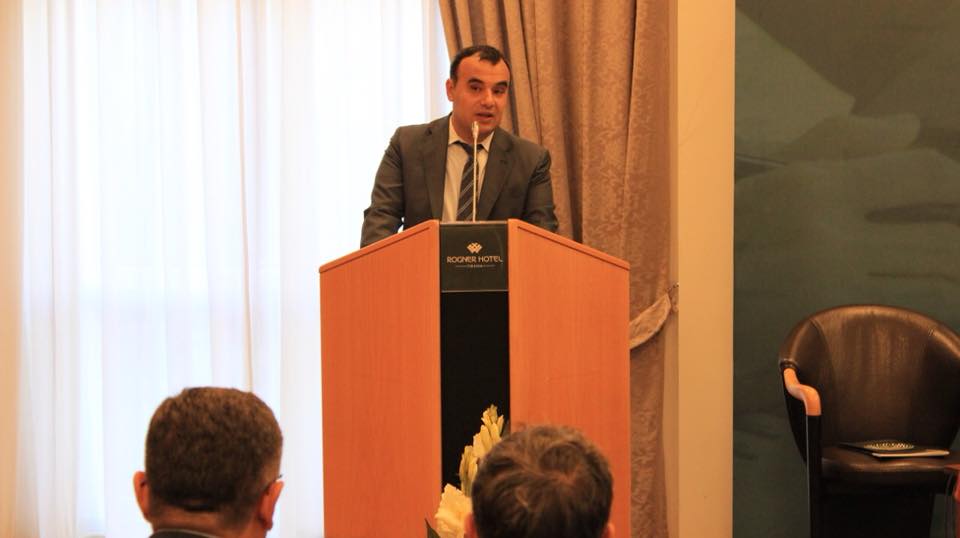 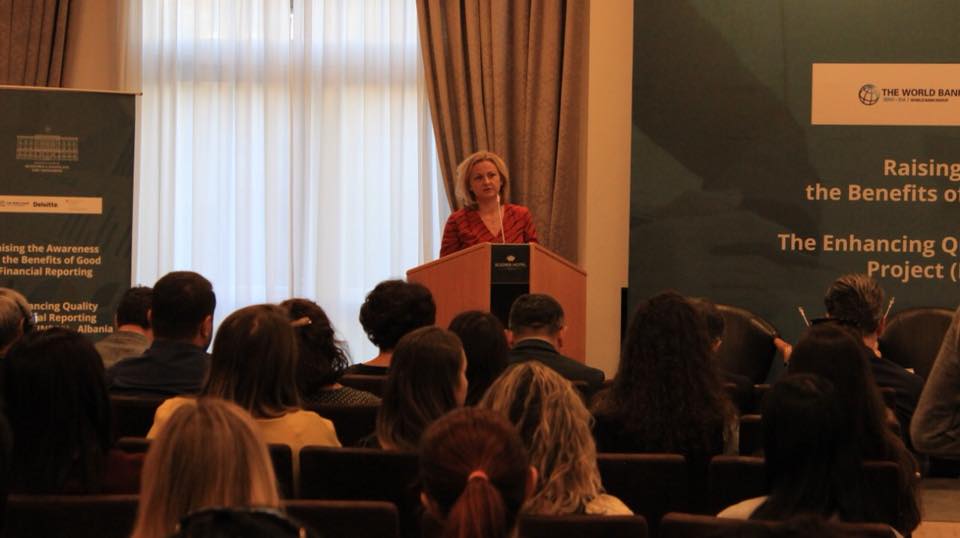 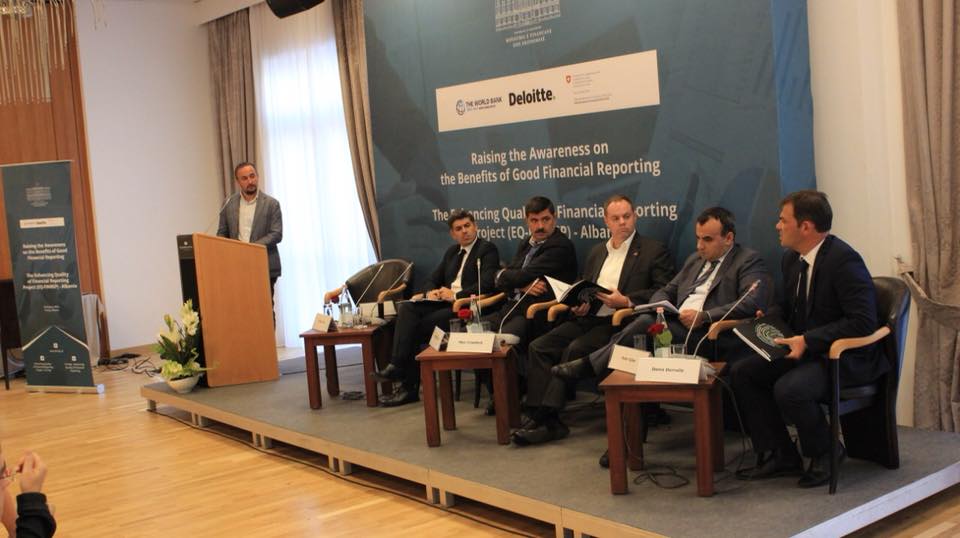 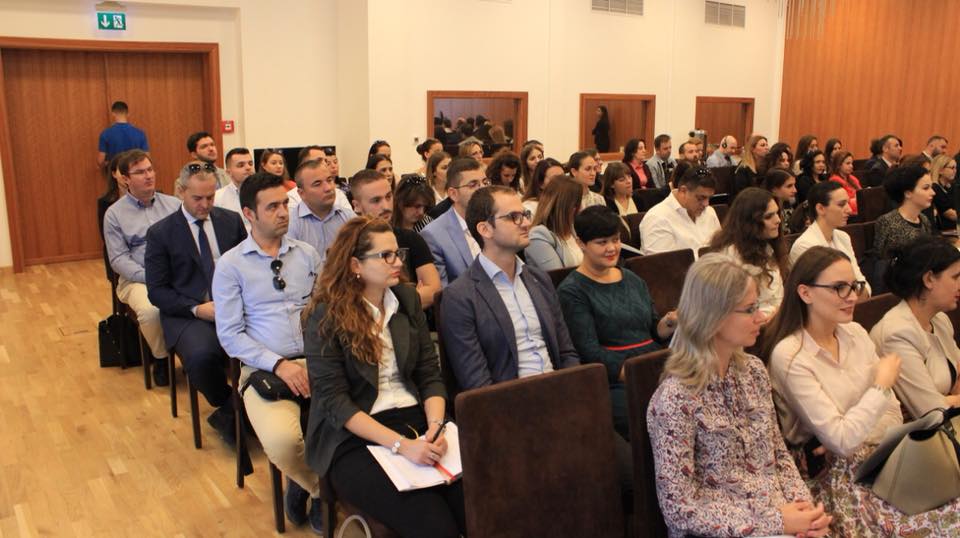 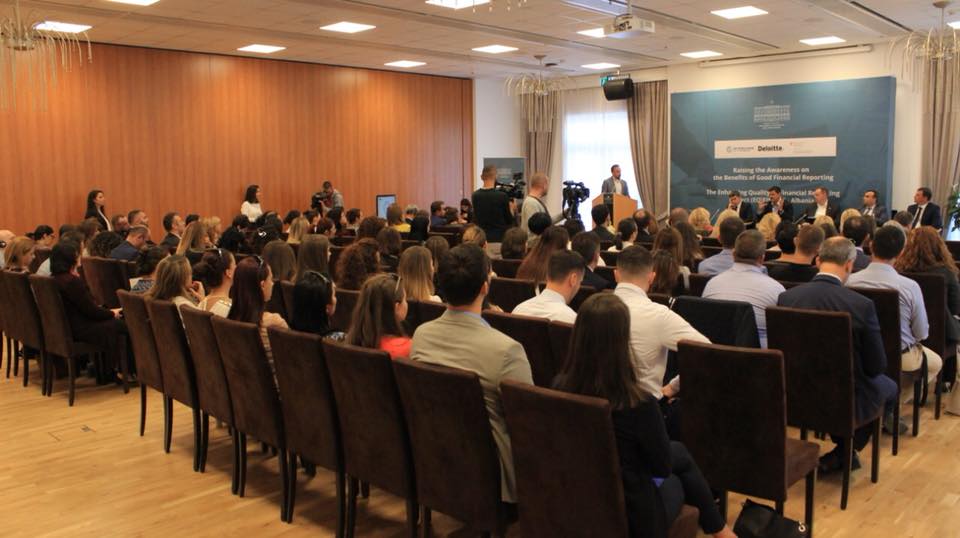 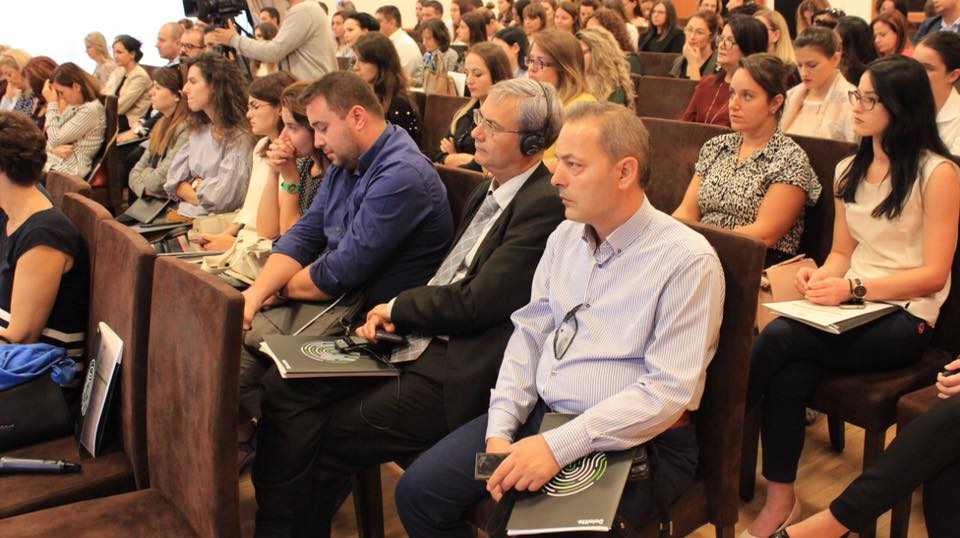 Mr. Marc Crawford, President of the American Chamber of Commerce, mentioned that financial statements are important to the entrepreneurs and stakeholders of enterprises.

The “Enhancing the Quality of Financial Reporting” project is executed by the Ministry of Finance and Economy, and it is supported by the World Bank, with the financial contribution of the Swiss Government (State Secretariat for Economic Affairs SECO). Sigita Stafa, SECO representative, confirmed the ongoing support that the Swiss Embassy offers towards this project and the reform.

The increase in public awareness, as well as the increase in awareness of users and the preparers of these reports, is a focal point for this project, which will continue until the end of 2019. Gerti Boshnjaku, the founder of New Media Communications, also presented the communication strategy that will be executed for more than one year.