Small and Medium Enterprises: Financial Information As A Catalyst For Lending - Results of a Survey on Bank Lending Practices in Serbia 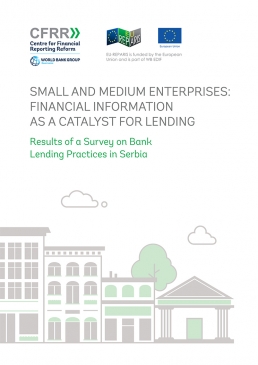 The study of bank lending practices to SMEs in Serbia, based on a survey of six of the largest banks, finds that financial statements are a significant input to banks’ lending decisions to SMEs. The report was disseminated on 17 October 2017 in Belgrade at the Banking Association; in attendance were representatives from ten commercial banks (some of which had participated in the study), the Ministry of Economy, and other stakeholders. The meeting acknowledged the findings and conclusions of the study and found them in line with their own practices.