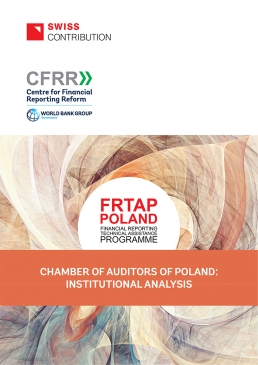 This institutional analysis has three main objectives. Firstly, to provide policy options to the Chamber of Auditors of Poland (KIBR) on the areas remarked on and raised in previous analytical reports, notably the Accounting & Auditing (Update) ROSC report of December 2013. Secondly, to provide policy options to KIBR on the areas that it is specifically considering. And thirdly, to assess KIBR’s performance against matters suggested by IFAC as important in the establishment and development of a professional accountancy body.